Penrose tilling (1974) is well-known as the quasi periodic tilling, where it has perfect five-fold symmetry and non translational symmetry. There are several variation of Penrose patterns. Among them, the tilling consisting of two rhombi can be produced by 5 grid or 5 dimensional cubes. The mathematical characterization of such pattern is given by N.G. de Bruijn (1981).

Three dimensional Penrose pattern consisting of two rhombohedra was firstly discovered by A.L. Mackay (1962) and proposed as a new crystal which shows icosahedral symmetry. It is interestingly that the atomic structure was found in rapidly solidified Al-Mn alloy by D. Shechtman(1982), who received the Novel Prize in 2011. The new phase is named “Quasicrystal”.

The detailed story can be seen at https://www.nobelprize.org/nobel_prizes/chemistry/laureates/2011/popular-chemistryprize2011.pdf.

Another extension of Penrose tiling is to produce other symmetry than 5-fold (or 10-fold) symmetry. The 4- 6- 7-fold (or 8-, 12-, and 14-fold) patterns were successfully produced by using both n-grid and n-cube. The procedure and detailed structure was published in the Book “Four Dimension Computer Graphics (1989)”. The 6-fold patter is shown in Fig.2. 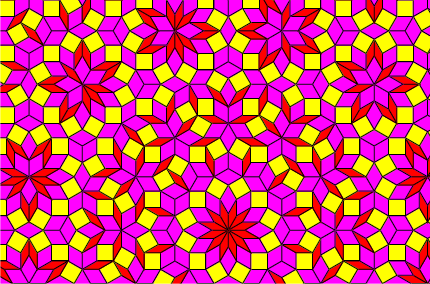 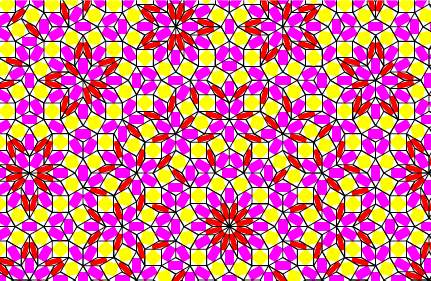 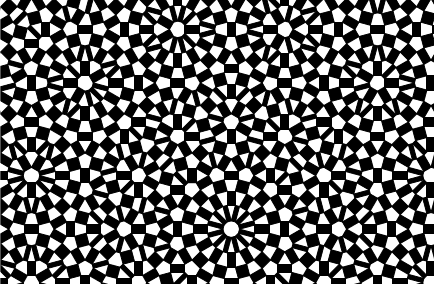 Fig.3 Decoration of 6-fold quasi-periodic tiling in Fig.2. Mid points of every edge in each rhombus are connected to form rectangle (a) and the original edges are removed (b). Note that the basic characteristics of patterns remain in these pattern.

We can also decorate the pattern to form rectangle as shown in Fig.3 (a) and (b). The component of this pattern is the same as that of the emblem for Tokyo Olympic 2020.

We can enjoy to make various patterns by filling space using these rhombi embedded rectangles. Some examples of design are shown in Fig. 4 and 5, where two Tokyo Olympic 2020 emblems are seen. 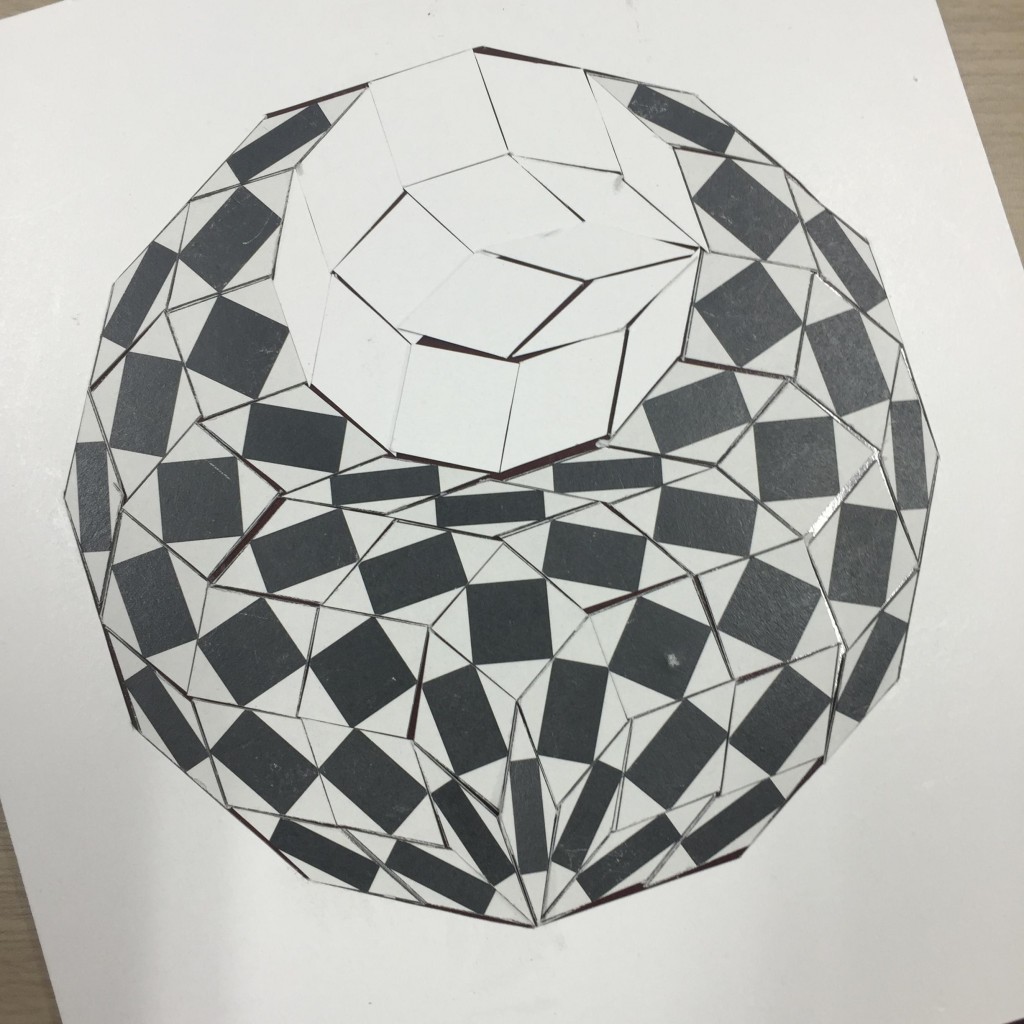 Fig.4 Two emblems of Tokyo Olympic 2020 can be made by using rhombi puzzle. 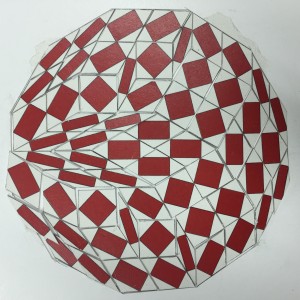 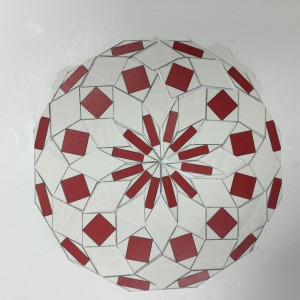 As an extension, we can also make similar puzzles for other symmetry; five-fold (Fig.6) and four-fold (Fig.7). 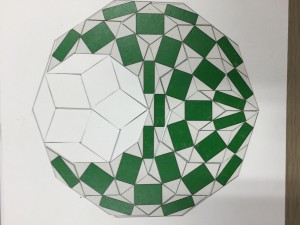 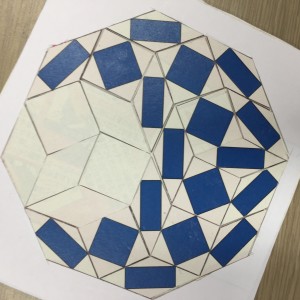